Everyone needs a cheerleader now and then while on their weight-loss journey.  Last week I heard from fellow travelers giving me good advice.  I learned that I’m not alone; that there are many people in this world going through the same issues I’m going through whether it is the meeting place, the people at the meeting, the leader or the number on the scale.

The past seven weeks at Weight Watchers has flown by.  I on 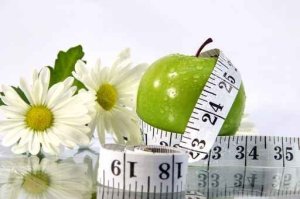 ly missed one meeting when I was out of town.  I could have found a local meeting, but didn’t make the effort.  I’ve lost a total of 3.6 pounds.  When I was younger I’d most likely beat myself up for not losing more weight in seven weeks, but not so today.

The leader asked us to share ways to change how we think about ourselves, what mantra we us.  I said, “How I think about myself is more important than how much weight I’ve lost.  If I change how I think, then I change my life, and changing my life gives me the power to change the world.”  For a split second there was dead silence and then a few ooooh and awe’s as if others in the class were absorbing the idea that this was possible.

Yes, it is all about taking control of our destiny and putting ourselves first.  One lady said she had always put her husband and children first and then when she was in her thirties when her sons where still young boys she jumped on her riding mower and started cutting the grass on their property.  The boys would chase after her for this or that, and she’d said no, she was too busy cutting the grass.  It was the one place they couldn’t bother her, she said.  And she added she had the shortest grass in the county, to which we all laughed.

It’s nice to laugh about yourself now and then.  It is good for the soul.  So here’s one on me.  Remember my blog last week about sitting alone and no one speaking to me?  Well, I took everyone’s advice and moved to another row sitting on the inside seat.  That row filled up almost immediately and I had conversations with the women to my right and in front and behind me.  And what about the seat that I used to sit at?  Well, a woman sat in the exact spot and no one joined her until right before the meeting started when one other sat at the opposite end of the row.  I made a point of saying hello to her before I left.  It was the seat — not me!